Enter your City name or Pincode

Basukinath is a small town and notified area in Dumka district of Jharkhand. It is located approximately 25 km northwest of Dumka city – District Headquarter of Dumka district. This small town happens to be home to one of the most sacred temples of India, which every year attracts millions of devotees from across India. In fact if it hadn’t for this temple, today Basukinath town would have been amongst the least popular towns of Jharkhand district. More about this temple and few other aspects of Basukinath town have been explored below. 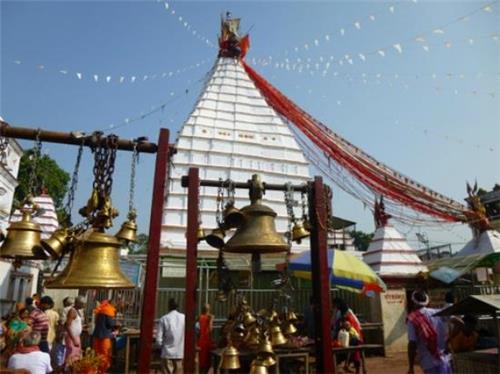 History of Basukinath shares a very close bond with Dumka region. The region under which Basukinath town comes finds mention in Mahabaharta. Santhal tribe – one of the major tribes of Jharkhand region – has been living in Basukinath town and other parts of Dumka district since time immemorial. In fact owing to their huge population, Dumka region is also sometimes referred to as ‘Santhal Pargana’ region. During medieval period the entire region came under the dominance of Afghan king Sher Shah Suri. His reign was, however, very short-lived, as his empire was dethroned by Akbar The Great by end of 16th century. Mughals somehow managed to withhold the resurgent Marathas, but had to give in to Britishers, who by mid 19th century had brought entire India under its control. Under British rule, Dumka region was made part of Bhagalpur presidency, which was then part of undivided Bihar.

The economy of the region derives its sustenance mainly from agriculture, which is actually the main occupation of entire Dumka District. As for presence of industries is concerned, then Dumka District doesn’t have huge concentration of industries as such. However, a huge industrial area does operate in main city of Dumka, where thousands of locals from Basukinath town are employed. Besides, Basukinath’s economy is also sustained on tourism, as Basukinath town is a famous pilgrimage town – a fact that we’ve already mentioned in opening paragraph.

Being a pilgrimage town Basukinath is famed for its scared temple. The name of this immensely sacred temple is Baba Basukinath Dam Temple, popularly known as Basukinath Temple Complex. In this complex the two main temples are of Lord Shiva and Goddess Paravati, but there are also many other small temples dedicated to other Hindu gods that dot landscape of this complex. In fact when you enter this complex, you’ll almost feel like you’ve entered small mystical world of temples, where peace and serenity is present in abound.

The best time to visit this temple is during Shraavana Month, i.e. between month of July and August. Because that is when the famous Shraavana Mela takes place in the vicinity of this temple complex. During this auspicious mela or fair this temples is absolutely jam packed with millions of devotees, who flock from every nook and corner of our country. They form an unbroken line outside the Shiva Temple, wherein after entering they bathe sacred shiv linga with holy water and milk. Overall, the atmosphere during this week long mela is absolutely electric.

Starting with local transportation, then Basukinath town is home to pretty decent numbers of auto rickshaws. These decent numbers of auto rickshaws are doing pretty fine job. Their role especially during pilgrimage season is especially worth praising. That said, this small town is still in need of more auto rickshaws to strengthen its local transportation further. Basukinath Railway Station is a very small railway station with only two platforms. It is only currently connected to only Ranchi, Jasidih, Barapalasi and Shikaripara towns. Despite its very low connectivity it still holds huge importance for local commuters.

Facts and Figures of Basukinath

Are you a Business Owner?

Add the products or services you offer